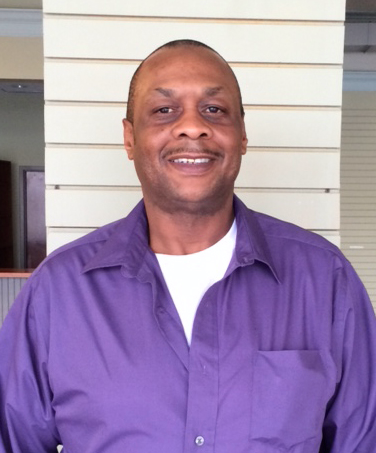 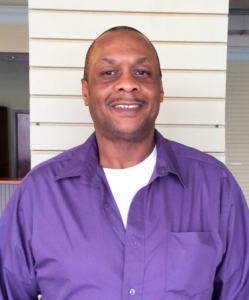 I guess if you’re the Plant Manager of Harvest Select Catfish you don’t have a lot of time for idle chatter. Robert Lee is a man of few words, but he certainly has plenty to talk about. He just isn’t talking. Not much anyway.

What I did learn was this; after graduating from high school and attending an area vocational school in Greensboro, AL where he grew up, Robert landed at Farm Fresh Catfish. He worked there for seven years. Says Robert, “When they closed down, I went to Blue Waters Catfish for three years, and when they closed down, I came to Harvest Select Catfish.”  He has worked tirelessly for our company for 25 years, 5 months and counting.

A typical day for Robert begins at 7:00 and lasts “until…” and what he enjoys most about being at Harvest Select is the never-ending challenge. The greatest of those is keeping enough help. When asked what the craziest thing to ever happen on the job was, he said “one day at work, a live snake came into the plant with the fish and most of the employees ran out of the plant. I was trying to run them all back in but they said ‘oh no! There is a snake in there!’” If you ask me, that might explain the “keeping enough help” issue!

Company President Randy Rhodes says “Robert has been a huge part of this organization and on the plant side throughout his time here. His positive attitude is among the best I’ve seen. He consistently has innovative ideas for making our plant more efficient and capable.  25 years may seem like a long time but he’s actually been around the catfish business since he was a young boy. His wealth of knowledge of people in the business and how to process catfish is great.”

Plant General Manager Lee Stewart agrees. “I’ve known Robert for almost 5 years. Robert is a dedicated, hardworking employee. Robert is always a team player and does what is necessary to get the job done.”

Robert is father to two children, Brittany, age 21 and Tyler, 14. When he isn’t working, he enjoys hunting and yes, fishing.  His favorite seafood (other than catfish of course) is Red Snapper and Bass. I think everyone who knows him would agree, Roberts plate is full but he’s always ready for more!