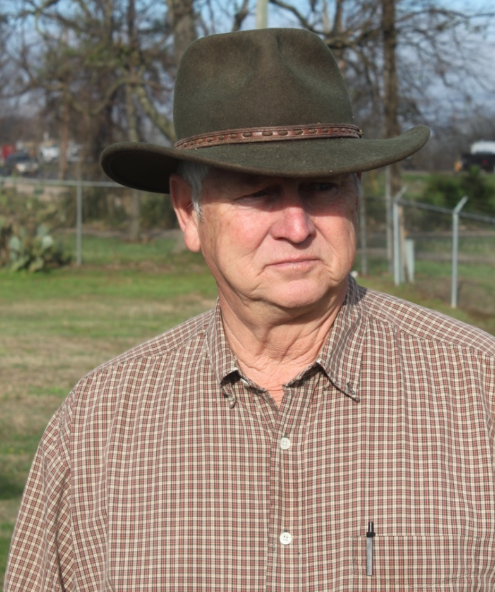 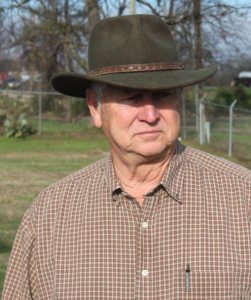 Bobby Collins joined Harvest Select in June of 2009 but he was certainly no newbie to the industry.
In August of 1970, Bobby, who grew up in Greensboro, AL, kicked off a long career in catfish processing at Strahl Catfish. He was newly married to Hilda, his bride of now 47 years, and the following January joined the Army Reserves (where he served until 1992). He began working on the harvest crew, but in those days catfish processing was seasonal so there were no fish in the summer. Eventually he moved to the plant, and honed his experience in pretty much every area of catfish processing. From loading trucks at night, to cutting heads. “We all did pretty much whatever was needed.”

The company was sold to Nebraska Consolidated Mills (later to be called CONAGRA) and Bobby remained there until 1976. During this time he moved to Isola, MS with colleage Richard True and built a new processing facility (primarily a kill facility). By now daughter Michelle was in tow, and the party of three lived there for 6 months.

Upon his return to Alabama Conagra closed the Greensboro facility. Bobby went to work for the USDA in Tuscaloosa as a meat and poultry inspector where he was employed until 1980. To avoid another out of state move, Bobby opted to join Joe Glover, Sr. at Farm Fresh Catfish (then President and CEO) as Plant Supervisor. In 1986, Joe Glover, Jr. left the operation and built Southern Pride, and Bobby followed in March, 1988. He served as General Manager of two plants; one in Greensboro and the other in Demopolis. At that time the two facilities were processing 112 million pounds of live fish per year (over 2 million pounds a week between the two plants.) It was during his time here that he came to know and worked alongside Randy Rhodes, now president of Harvest Select.

Southern Pride was sold to American Pride in 2003. In 2006 Bobby veered off course a bit, and went to work for United Roofing as Shift Supervisor, where he remained until 2009. It was that year that he finally landed at Harvest Select as VP, Plant Operations in the Uniontown and Eudora plants. In April, 2014 the Eudora plant shut down, but Bobby remained in Uniontown where he is today.

A typical day begins at 7am. On his way in, he’s on the phone with Harvest discussing the fish to be processed that day. He must insure that harvested fish arrive on time so that processing can begin. He checks in with the U.S.D.A to
be certain the plant is operating as it should be, and processing is underway by 8am. “We have a team of great managers in place in all positions. They know what to do to get everything started on time” says Bobby.
He and Lee Stewart, General Manager, get together and discuss run quantity and fish size. They determine, based on sales, what needs to move in a given day. “We fill orders as best we can with what we have to run with.”

Some days he even fills in for Lamon Hall who manages Flavor Testing. These days processing is no longer seasonal. The plant is in full time operation, 5 days per week/52 weeks per year. “There weren’t flavor issues in the early days. Now to be ‘on flavor’ is key. He explains the difficulty of training someone to taste fish all day and adds an interesting aside. “Ladies actually tend to be most sensitive to smell and taste.”

When asked what his favorite part of his job is, Bobby doesn’t hesitate. “It is NEVER boring. My work is ever-changing, all during the day, every day.” He continues, “I’ve done everything from raise, harvest, drive harvest trucks–I’ve done every part of the job. As the industry grew we all did whatever had to be done, from packing, skinning, working on equipment–whatever it was.”
Biggest challenge? Labor issues. “There simply aren’t enough folks to do it all. And if we are short on labor, then everyone working carries more weight. We are continually looking for new ways to automate.”

When I arrived to speak with Bobby he looked more like a Gentleman Farmer than a Plant Manager. Wearing jeans, plaid and a dapper hat, he explained “I’m sort of backing out little by little these days, I’ll be retired in a couple of years”. He looks forward to gardening, hunting (deer and turkey), fishing (nope, not catfish, but crappy and bass) and watching his grandkids play sports.
“My wife and I hope to do some camping, travel around and see some places, relax a bit.” It doesn’t seem to me like relaxation is in the cards. He also raises brood cattle with his son Lee Collins (former Floor Supervisor at Harvest Select on the fresh pack side). Lee now resides in Livingston and works for Foster Farms. Together they tend to 45 head of cattle and Bobby is often cutting hay at 10pm. When asked if he is worried about boredom upon retirement he laughs, “no, no. I’ve got plenty to do.” Somehow, I don’t doubt that one bit.